A downloadable game for Windows

Undergrowth is a 3D puzzle platformer which follows Yuuna, an elderly pika across the newly fractured world in an attempt to save her family!

Yuuna is able to dig through most terrain in order to reach the undergrowth, which allows her to explore an entirely new environment on the underside of each level, as well reaching areas previously inaccessable.

With her many years of experience, Yuuna is able to quickly grow a variety of plants. They range a bouncy mushroom, allowing her to reach new heights, to a large plum that helps her cross bodies of water or smash obstacles, and more!

We're a small team just graduating from university, with this as our final project. Feel free to get in touch with us at tanukitechstudios@gmail.com if you'd like to give any feedback!

I'm a Windows user i can't play LOL IT SAYS THAT WINDOWS USERS CAN PLAY THOUGH! I'm sad :(

I return after an accidental break with part 2!

This is an enjoyable game. I really like the visual style it has going and the digging and planting mechanics are creative.
Reply
Skydjinn3 years ago

It is at this point, some of the game's shortcomings become more evident. The world design is well done and the mechanics are pretty cool, but the camera is starting to get a bit weird in some areas, like interior spaces. Collision also seems to be turning into an issue, as I occasionally fall through or into floors, getting stuck sometimes, or somehow being on the plum in the ground and unable to dismount. The Windmill was a good challenge and definitely felt like some classic 3D platforming, but the lack of polish made it a bit frustrating.
Reply
Sam Johns2 years ago

Thank you so much for covering our game in this depth! Unfortunately we were unable to fix a lot of the issues with camera and player movement, so thank you for sticking with it as much as you did, it really means a lot to us!

I gave it a go, and the style, graphics, and story are all really  really good, but when it came to gameplay, i'm sure it's also really well done but the controls felt not so great. I was playing on mouse and keyboard at first and it just wan't letting me place the bounce pad, so I switched to controller since that was the only thing in controlls, but for some reason the button to bring up the plant wheel was also making me move the camera, but when I unplugged my controller after that I couldn't use mouse and keyboard anymore. So I just dealt with the camera moving when I wanted to do other thing as well. Something else that was messing up with controls were when I wanted to go back by pressing B, it just wasn't doing anything and I if I remeber right I had to use X. The d pad also was not working corrctly for moving the camera, as the sides were moving it up in down instead of what they should have been. Then controlls changed when I went to the next area, I had to end the video shortly after entering so I didn't see how mow much they changed there, but overall the controlls just ruined the whole experience for me unfortunately. Also I fell off the map at one point just to see how that went and I just kept falling instead of respawning and I had to restart the game. I hope things get fixed soon cause I'd love to give it another chance. Made a video, I hope it helps track down whatever problems are plaguing the controlls and hope you enjoy the video.

Reply
Raithias4 years ago(+2)
Undergrowth is story rich but, the controls have a lot going on to them and, it takes quite a bit of time to get used to also  the camera angles can be odd at times. Once you have spent a good deal of time getitng used to the game play and the view it can be an, extremely fun 3d platformer!
Reply
AshDGamer4 years ago

Hello! I just wanted to report something. When I downloaded this, I extracted it. I clicked on the application file and something popped up. It said:"App Info File not found." I immediately went to the app data file and found the App Info file. I clicked on the application. Error popped up again. Please fix this, I would really like to play your game.

Hi AshDGamer! I'm sorry to hear that, are you sure you fully extracted the file to its own folder instead of to a temporary folder? Failing that trying to run the .exe as an administrator should work! Also make sure you have the latest .NET frameworks installed which you can grab from here. https://www.microsoft.com/net/download/windows

Let us know if any of that helps!

Undergrowth is a simple, but fun little mousy adventure. The music came off as a bit repetitive at times, but both the visuals and gameplay more than made up for that. From the Asian theme extending into character culture and structures, to the little details of having roots in the under side of stages and areas that are harder to dig, it's clear that a fair amount of thought went into this project. The models and world design are nice as well, with everything looking cartoonish, but clean and well made. I've only played the tutorial area so far, but am curious what the rest of this has going for it.

Played a bit of this on my channel! Sorry for being a bit slow to pick things up. :P

Lovely game you guys have here! The opening cut scene surprised me since I wasn't expecting the quality of it. It was very beautifully narrated and animated. I also loved the concept of the story and the oriental environment; in fact, it was the asian architecture that lured me in the first place.

Gameplay wise, the 'world hopping' and sapling planting made for some really unique game mechanics as well. Unfortunately, I did manage to break the game a few times while using them so this isn't without bugs. It's understandable as game development  is quite difficult. My biggest problem was really just the explanation on controls. Some of the tutorial posts required the player to follow a certain path in order to see them (and I was wandering around aimlessly so I saw some too late).

Overall, very cute game! I really like the npcs and characters being mice. It's quite a quirky and adorable design choice. Good job everyone~

Thank you so much for covering our game, we're glad you enjoyed it!  :) Sorry that you ran into a couple of bugs, we've recieved similar feedback and we might be able to push an update in the next couple of days to fix some of them! 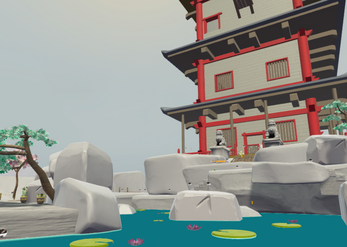 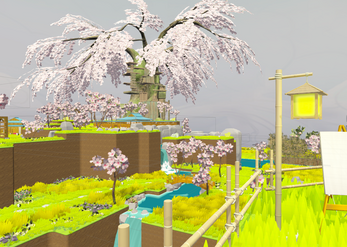 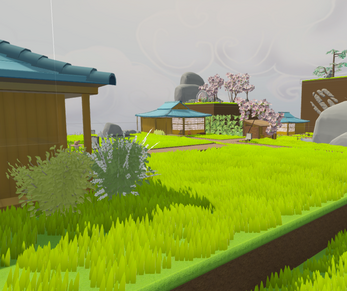 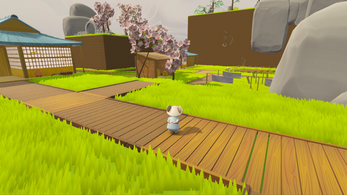 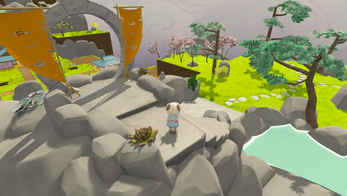